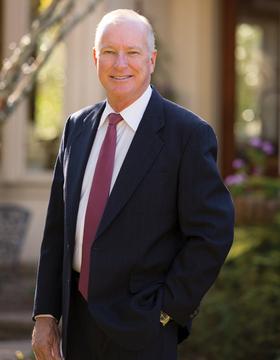 Brian, 58, was appointed interim Councilman At-Large on January 21, 2016, a position he held through Tuesday, November 29, 2016.  In the 10-month period that Brennan served as Councilman At-Large, he drafted and passed legislation to limit multi-family developments in Kenner, supported enhanced code enforcement to eliminate blight, dedicated additional funds to the Kenner fire and police departments, and funded upgrades to Kenner City Park.  Brennan was also influential in the city’s development of long-range planning to boost economic development

Brennan served as a member of the Governing Board of Ochsner Medical Center in Kenner.  He was a member of the city’s Charter Advisory Committee, a nine-member team responsible for updating the city’s 40-year-old charter. Brennan coached at Woodlake Playground, and is an active parishioner of Divine Mercy.  Brennan attended Rummel High School and graduated from Ridgewood Preparatory School before continuing his studies at LSU in marketing.

Among his top platform planks, Brennan says he will work with the Kenner Fire Department to strengthen standards in facilities, equipment, and training to ensure Kenner residents and businesses are able to secure lower fire insurance premiums with better public protection.  Brennan will also be a strong advocate for the Kenner Police Department, enhanced Code Enforcement and improved constituent services.  Brennan will work closely with Mayor Ben Zahn to develop Laketown and promote upgrades to the city’s Pontchartrain Center.

Brian is a Republican and is married to Lisa Mansour Brennan. They have two sons Alex (24) and Matthew (23).